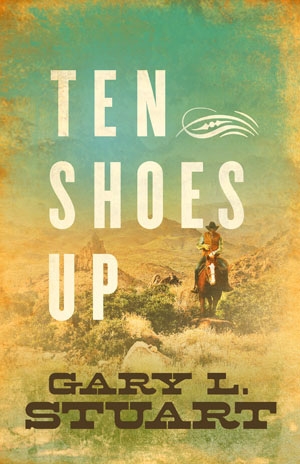 Angus is an 1880s cowboy riding and hiding on Ten Shoes Up, a 10,000 foot mountain straddling the border between New Mexico and Colorado. With a slack rein, he rides straight-legged, always on the lookout. Angus doesn’t talk much except to Tucson, his bay gelding. Men admire the way he sits a saddle, and women wonder if he’s going to dismount. As he rides into a new town, any fool can see he’s well-armed, confident, and riding a fine horse. He’s often taken for a scout or a trapper, or an outlaw. Some say his coming down off “his” mountain was reluctant. Others say it’s about time. Town folk still mull their all too human problems, but Angus depends on the horse he rides, the trails he follows, and the rivers he crosses. His code—Hold true to nature, hide your misery, stay out of sight. In his early twenties, Angus is on a mission and struggles to resolve issues he thought were buried with his young wife.

His life bears little likeness to today’s frenetic culture. Still, what happens to him parallels choices made by many young people today. While the West is no longer wild, today’s culture owes much of its footing to men like Angus. Angus and Tucson are the same story—the onrush of civilization and its fated codes that clash with deeply held beliefs.

Gary Stuart has done a remarkable job in creating a character (Angus) and spinning stories that are full of excitement and Western adventure and at the same time exploring serious questions of right and wrong, testing the requirements of the law against the fundamental moral values of his characters (and his readers.) Angus is a strong and clever man with extraordinary capabilities and he survives harrowing challenges, but he is also a thoughtful individual who draws the reader along in his adventures. I hope we will be able to follow Angus in the next book from Gary Stuart.

Gary Stuart brings the western novel to a new height. In fact, this is probably the best I have ever read and I love westerns! This author’s writing style is so elegant and so descriptive that I found myself back in the 1800’s, riding alongside U.S. Marshall Angus, experiencing all the excitement and danger of chasing after the bad guys that Angus felt. But there is nothing predictable about this story. Just when I’d think I had it all figured out, there would be another twist or turn to keep me on the edge of my seat. This is a book that simply can’t be put down. When one chapter is finished, you will immediately want to begin the next one. A real winner!

Arizonans know Gary Stuart. They know him as a serious, accomplished author and student of the criminal justice system. Books on Miranda, false confessions and ethics can always be found in law schools and law offices, but in my office you’ll also find Ten Shoes Up (and reserved shelf space for the sequels). What opens as a 19th Century romp through the hard lands of Northern New Mexico and Colorado, opens a window into the history of railroads and lawlessness in the Southwest, and becomes a lesson in justice. I admired most, and will remember longest, the turning points in Stuart’s book that I least expected. I suspect you will see what I mean.

A fun contrast to Stuart’s usual true crime novels, Ten Shoes Up takes you through the wild, western adventures of Angus, and kind of make you want to be a cowboy. Angus is a complicated character who you can’t help but root for even when you don’t understand his actions quite yet. Additionally, Gary’s writing takes you right to the locations the characters are in. From Colorado, to New Mexico, to the Chama, you feel like you’re right there with the characters in these beautiful southwestern locations. I would recommend this novel for anyone looking to have a rootin, tootin, high fallutin cowboy time with Angus. 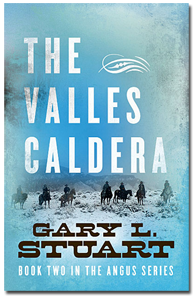 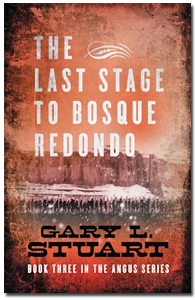