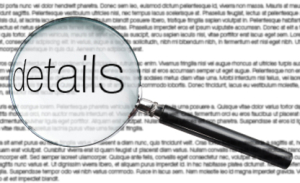 Rule Number 8 in Elmore Leonard’s book on writing says, “Avoid Detailed Descriptions of Characters.” I agree. Angus apparently did too because he rarely told us much about how other Ten Shoes Up characters looked.

Hemingway once described a central character this way. “She had taken off her hat and put it on the table.” From that tidy little bit, you could make up the babe’s looks to suit your fancy.

In one of her books on writing, Joyce Carol Oats talked about the importance of “running.” She thought that very descriptive. “If there’s any activity happier, more exhilarating, more nourishing to the imagination, I can’t think what it might be.”

So, you might ask, what does any of this have to do with the title of this blog—Detailed Descriptions? Everything, I’d answer. Descriptions are interpreters—they imply without insistence and they beckon while walking away. Detailed descriptions are a whole other matter. Anytime your narrative gets down into the rut of detail, you’re apt to take your reader down the wrong path. Let ‘em find their own path, Angus would say. Mine ain’t to be followed. Another way to say that is trust your reader.