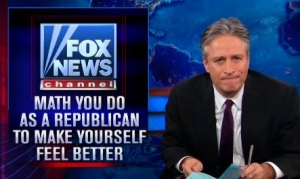 Writing about law and order today is pretty much the same as it was in the 1880s. Except today, more people get their news from TV than from newspapers. The narrative differs greatly depending on whether it’s written by Fox news or MSNBC.

Fox News might write the narrative like this: The victim in the Vargas case is a 68-year-old widow living alone in her modest walk-up apartment in the Encanto area. The talking head, shown in high-def, might recount the violent and tragic consequences of the crime and show a mug-shot of the defendant.

MSNBC would probably approach the story from a different perspective: The alleged assailant in the Vargas case is an 18-year old Hispanic youth who was recently released from his fifth foster family in as many years. The on-camera narrator might recount the alleged assailant was arrested solely on the finger pointed at him by another suspect, who the police interviewed first. And later declined to charge. Like they say, the first liar always betters his position. The real difference in the two narratives is the first displays the suspect in a negative light, while the second casts a little doubt on the validity of the charge.

Perspective is crucial. Without knowing which way the station leans (in or out), the viewer might come away remembering the violence of personal crime, or remembering the presumption of innocence. Either way is a poor way to make judgments about life. The danger of TV news, whether leaning in or out, is that too many people make final judgements based entirely on a talking head’s perspective. Could be what’s on TV is just smoke. Angus trusted only what he could see with his own eyes and paid scant attention to the opinions of pundits. He always mulled things over.