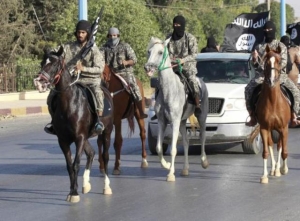 As you all know, Angus, my main character in Ten Shoes Up, died in the early 20th Century. But he lives on in a funny way.

He talked mostly to his horse. I know it’s strange, but I can still hear him. Suppose that’s because I talk to horses too. Then they whinny to one another; everybody knows horses never could keep a secret.

Fundamentalist religions are no secret. It used to be that a man’s religion was his own business. You could believe, or not, and as long as you didn’t get all fired up about it, nobody got hurt. Nowadays, there’s fundamental religionists—that’s a play on words, isn’t it? These folks simply won’t abide any religion other than their own.

Way back when Angus was riding high mountain ridges, and keeping to himself, things were different. You could go to church, a synagogue, mosque, or a temple and nobody tried to kill you for believing in a different god. But now we got bombings and mass killings all in the name of a fundamentalist religion. Angus would have been perplexed over this because the only killing in his time was for money, whiskey, anger, revenge, lust, or territory. Most of the killing was done head on—face to face. And of course, both sides wanted to live. He would have mounted up and rode away from anyone preaching that the way to go to heaven was to kill an infidel. And he would have been flabberdamgasted if anyone had told him that these days it’s the preachers who urge murder and mayhem—preaching hatred for others who don’t believe in their god. And to prove how holy they are they send the faithful out to do the killing and expect them to blow themselves up in the process.