Angus, a federal marshal in 1880s New Mexico, knew something mass shootings. Had you been around in those days and asked him, he might have one or two mass shootings. It happened mostly when the U.S. Army came into close contact with Indians. The worst one happened on December 29, 1890 at a place called Wounded Knee. The Army killed hundreds of hostiles, their women and children, and some livestock. The explanations were numerous, but chief among them was that the Lakota Sioux were “hostile.” 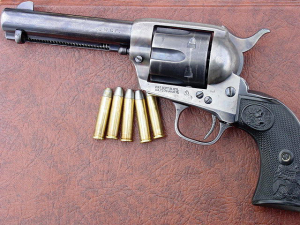 Today’s mass shootings are most driven by mental illness, substance abuse, and a country awash in guns. On Sunday, July 26, 2015, the New York Times published an analysis of today’s mass shootings and asked the seminal question: what makes a mass shooter do it? The easy answer (guns in the wrong hands) gave way to a more nuanced point—“people looking for something larger than their own small lives—to be seen as a hero standing up for a cause.” But the NY Times also admitted that finding out why people seek solace in a spasm of bloodshed is unknowable. Maybe the difference is today’s twisted ideologies—killing for the sake of killing and the glorification of high velocity guns. It’s hard to take America back, or become a heavenly martyr when the only thing in your holster is a six-shooter.