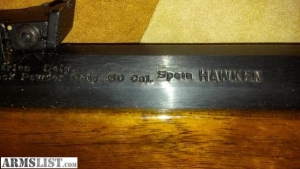 Back in 1885, Tinker Cantwaite became overly fond of a Big Fifty. He figured if he had one he could hunt anything he wanted. The man was short on patience and mouthy about having his own Big Fifty—a common nickname for the .50 caliber Sharps rifle—one of the West’s most famous long-range killing rifles.

Tinker had saved up for a year, finally had enough to buy it, and ordered one from a Santa Fe dry goods and gun store. He paid half-cash in advance. The storekeeper promised it would be in Santa Fe on the next train. It wasn’t. It took nearly a month to make it from Chicago.

Meanwhile the man told his boss, a freighter running from Santa Fe to Durango, he could not work until his Big Fifty came in. His boss fired him. Tinker argued with his wife so much about the delay she left him for a man with a milder tone of voice, and a lot more patience. When it didn’t come in after waiting three weeks for his half-paid-for gun, he got rip roaring drunk, shot up a cantina with a Colt 45, and landed in jail for ten days. They took his handgun away to boot. The Big Fifty came in a week later, while he was in jail. The storekeeper put it aside. A new clerk, not knowing it was a special order and half-paid for, told another buyer he could have it. So when the man got out of jail, he had no wife, no job, and no Big Fifty, no handgun, but he got his deposit back.

Little has changed in 21st Century America. We all should remember the moral of the Big Fifty story. Keep focus on the original goal; don’t let small details swell up on you. That might cost you everything else important in your life.